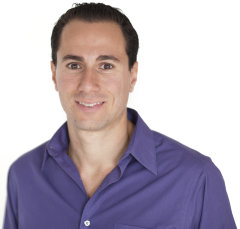 Eugene is an associate professor in computer science at the University of Montreal. He is one of the leaders of the GEODES Software Engineering Research Group. He was formerly an assistant professor at the University of Alabama until 2014. He received a Ph.D. in Computer Science in 2011 and a B.Sc. in Mathematics and Computer Science in 2006 at McGill University. Affiliated to McGill, he also pursued postdoctoral research on model-driven engineering for automotive systems.

His main research interests are in model-based design in general. His major contributions are in the design and verification of model transformation and collaborative modeling. He is the co-leading the research and development team of the modeling tool AToMPM which implements most of the results. He is also the principal investigator of R&D projects on legacy software modernization, and collaborative modeling across different domains of expertise. His other research interests are in simulation-based design, code generation and deployment of large applications.

He serves on the program committee and organizes several international events. He is also a reviewer for major journals in software engineering, modeling, and simulation.